Car sales reached a record high in 2016 and no doubt millions of us Brits will treat ourselves to a new set of wheels in 2017.  Our appetite for new cars continues at a pace, and with so many news cars to choose from like the AMG GT Roadster (below), why not. 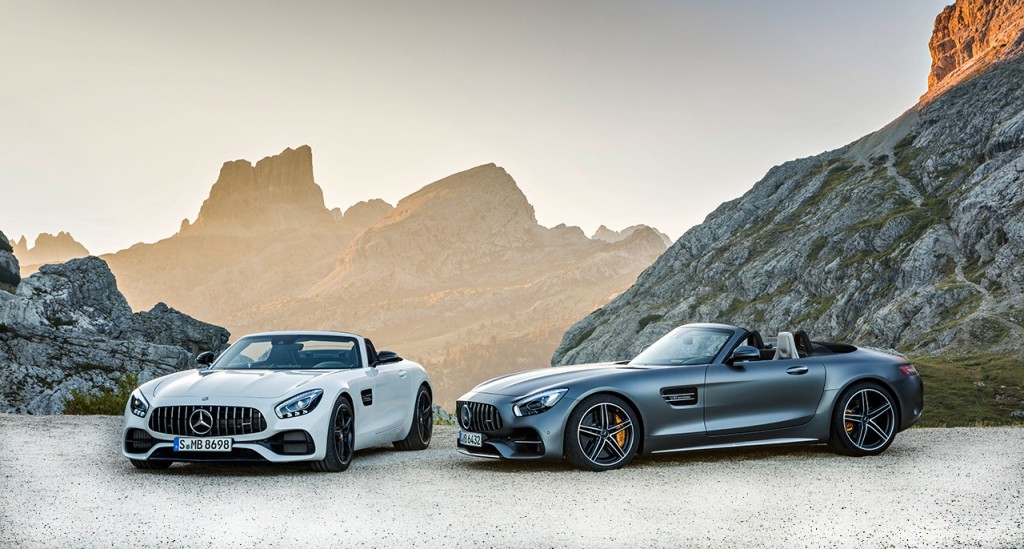 Few buyers are in a position to buy a whole car in one go – the various finance packages let you spread a car’s cost over a number of months. These deals often incur interest – meaning you pay more than if you’d bought outright.  There are a handful of cars that are offered with zero per cent interest, but you’ll need to search around for these.

The majority of new cars are bought using financial products such as hire purchase agreements. New analysis by ClearScore, which now recommends car loans based on someone’s credit score, reveals how someone’s financial history will impact the overall cost of buying a new car, with APR rates varying from as low as 5% to 32% and higher.  For example, the hotly anticipated Fiat Abarth 500x crossover – launching mid 2017 – is set to be a popular choice for Fiat fans with a passion for speed. However, the £25,000 price tag could cost someone with a low credit score an extra £18,967 in interest repayments over a five-year loan period compared to someone with an excellent score.

.
Someone’s credit score is one of the determining factors when it comes to setting what the interest repayments will be over the period of the loan; those with better scores will be offered better deals. Using the Abarth 500x example, somebody with a low score (278 and under if using ClearScore) could pay an average of £4,689 in interest every year over a five year loan period (£23,449 over five years based on APR of 31.9%). This is more than someone with a high score (467 and above if using ClearScore) will pay in interest during the whole loan period (£4,481 in total based on APR of 5.9%).

.
Justin Basini, CEO at ClearScore, comments: “Car finance deals are more popular than ever and can be a great way to make your dream car affordable. One way to improve the deal you’re offered is to choose the car you want a few months in advance and work hard on improving your credit score before applying for finance – a high score can reduce the cost significantly.”

From 2017 ClearScore offers all of its users personalised deals on car finance, which are tailored based on their credit score. How cool is that!