The Lotus 25 driven to victory in the 1963 World Championship by the late Jim Clark will be the centrepiece of Race Retro’s Team Lotus celebrations when the show returns to Stoneleigh Park, Warwickshire, from 22 to 24 February 2013.

Jim took his first Drivers’ World Championship title after winning seven out of the ten races, giving Team Lotus its first Constructors’ World Championship. That year he also competed in the Indianapolis 500 for the first time, and he finished in second position behind Parnelli Jones and won Rookie of the Year honours.

In 1964 Clark came within just a few laps of retaining his World Championship crown, but just as in 1962, an oil leak from the engine robbed him of the title, this time conceding to John Surtees. Tyre failure damaging the Lotus’ suspension put paid to that year’s attempt at the Indianapolis 500. He made amends and won the Championship again in 1965 and also the Indianapolis 500 in the Lotus 38. 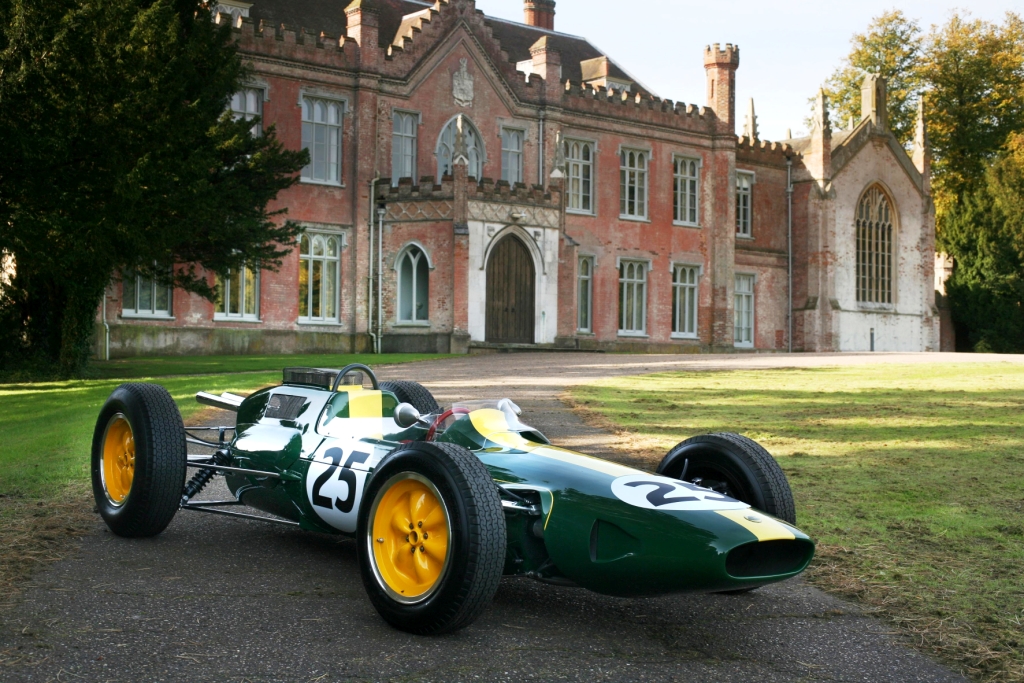 Jim achieved 33 pole positions and won 25 races from his 72 Grand Prix starts in championship races. He is remembered for his ability to drive and win in all types of cars and series, including a Lotus-Cortina, with which he won the 1964 British Touring Car Championship.

The Lotus 25 will be joined by two other cars, including another 25 also driven by Jim, on the display by Classic Team Lotus. There will be further Lotus cars around the show from various clubs and exhibitors.

Another famous driver associated with Lotus is the motor sport legend Sir Stirling Moss, who will make his Race Retro debut on Saturday 23rd February. His first GP win was the 1955 British Grand Prix, and during ten years in F1, Sir Stirling drove for Mercedes-Benz, Maserati, Vanwall and Cooper. He also achieved the first grand prix win in a Lotus whilst driving for the Rob Walker Team in 1960.

Sir Stirling will appear on the live interview stage for Q&A sessions as well as signing autographs and memorabilia for fans attending. He will share the stage with another iconic name in motor sport, former F1 commentator Murray Walker, who appears on Saturday and Sunday.

As well as the live interview stage with its special guests, motor sport fans can enjoy a stunning array of racing and rallying cars, high-octane live action demonstrations, rare motorcycles, Silverstone Auctions’ racing and classic sale, hundreds of traders and even get behind the wheel for a drive in a fully prepared rally car.

All for now, but I’m sure this has given you a flavour of what you can expect at Race Retro 2013. To win a pair of tickets to this wonderful event all you need to do is tell us here why you’d like to go.