In the mid 90’s Porsche stunned the sports car racing fraternity by exploiting the rule book with the introduction of their all new, on track, McLaren F1 and Ferrari F40 beater.  Rather than developing a racing version of a road going model, Porsche created a purpose-built sports prototype together with street legal versions to comply with the then Le Mans homologation regulations.  In the picture (below) you can see chassis 001 as seen at the 2011 Chelsea Autolegends.  The 3.2 twin turbo engine delivers 700bhp , 0-60mph in 3.3 seconds, 235 mph top speed. 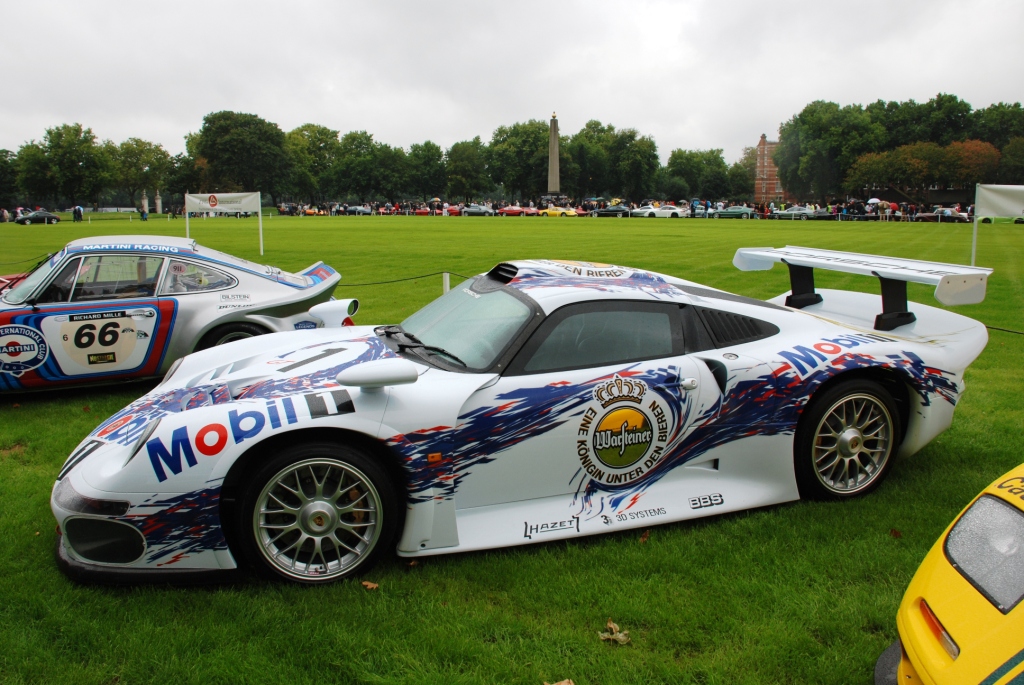 Well there you have it, the Porsche 911 GT1, an outright success at Le Mans, winning the GT1 class at its debut race.  Awesome.

More complimentary tickets to give away to you in 2013!