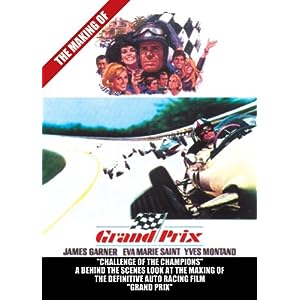 The 1966 film GRAND PRIX, a film about professional race car drivers and their two part quest for winning and women, was filmed during the actual Grand Prix in Monaco.

Here’s a look at how the filmmakers were able to shoot during such an event.

THE MAKING OF GRAND PRIX shows how this stylish, cool film was somehow put together in the midst of all the fury.

Book Review: The Cars You Always Promised Yourself

Redex: The Test. 2 Months of Testing. Our Update and Conclusion